«What I am really looking for is an asshole…» the man opposite me said.

Time stood still, I was in a job interview. I would rather have expected the spanish inquisition than this.

«Don’t take it the wrong way, I am one too….Big time.» he continued.

I thought «I can see that» but I said something like «I see what you mean» instead.

And that was true, he had brilliantly summed up what he expected from the lucky individual who would fill this position. I knew he wanted what I refer to as «Clint Eastwood with a spreadsheet»: tough with the clients and unforgiving with the internal teams. 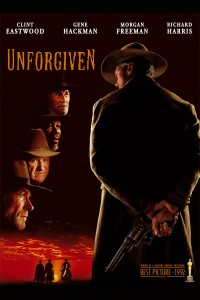 That meeting bugged me for some time even after I had called the HR manager to inform him that I was no longer interested.

Was this man intentionally quoting the book ‘The No Asshole Rule’ ?

Although it hadn’t struck me on the spot because I had read it in English and the meeting took place in French, he had used the exact same expression that was used to translate the title. He had also proven one of the book’s points: assholes proliferate like zombies within an organisation if they manage to take part in the hiring process.

Do I come across as too nice to prospective employers?

I recalled two similar moments of truth during recent job interviews when my interviewers probed indirectly for the same – ahem- quality: «For this position, you should not be shy about pimping up a CV or coercing people to take on lousy assignments», «This is really a foreman’s job.»

Call me optimistic but I don’t think a project manager or a manager needs to be an asshole. There are more effective ways to motivate people than to bully them. Especially when you need estimates from them as is the case in software projects.

Using my fishbone diagram for software problems, I can see two areas where fear can create trouble: time and motivation.

Let’s use an example to study the dynamics of this kind of management.

Suppose you are a project manager of the feared persuasion and you assign a task to a guy from your team called Tim. The initial estimate for that task is 8 days.

You say something like : «Tim, here is your task. You have 8 days to do it. If, god forbid, you finish late, I will personally chop your head off.» 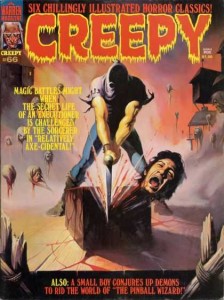 Tim walks of with a sigh. 3 days in the task, he knows he will need 10 more days to complete it. That’s five days over budget. What will he do? I give you five choices:

a)  Tim runs straight to your office, confesses his crime, sticks his neck out and awaits his just punishment.

b) Tim disappears: a strange rumour on the internet hints that he has been snatched by organ harvesting aliens.

c)   Tim fills his progress report like a robot: estimates to complete equals remaining budget. All the while he wears a funny look on his face because he is torn up inside: he should try to enjoy what little life he has left but he cannot help feeling bitter about his untimely death.  He secretly hopes that someone else will be later than him and thus will take the fall.

e) Tim hacks away at his code and manages to deliver something on time. Of course, in order to meet the deadline, he had to make a lot of compromises and even be downright deceitful. Some of his classes are mere glorified mock objects.

Which one seems the most probable to you?

Now let’s look at the consequences of those actions from your perspective as a project manager.

a)  You have options:

b) After one day of attempting to reach Tim via email and his cell phone, you come to the conclusion that you have to reassign Tim’s task to Jim. Tim’s three days worth of work is probably wasted. Now you only have 4 days left to complete an 8 to 13 days task. No problemo! You summon Jim to your office and you say something like: «Jim, here is your task. You have 4 days to do it. If, god forbid, …».

c)   You discover one day before the deadline when trying to integrate all the code that Tim is late. You have to call the client to inform him that you need to delay the delivery. Firing Tim does not even come close to calming you down before your unavoidable call with the client.

d)  This is basically same as b) but worse: you have two days left. You need to call the client like in c) but at least you have some kind of an excuse to account for the delay.

e)  You confidently delivered the application to your client but it did not pass the client’s smoke tests.  The client sends you a formal letter of complaint in which he openly questions the reality of your tests.

Of course, the most desirable outcome from a project management standpoint is clearly a), sadly it is also one of the least probable along with b).

Now let’s assume the project and Tim survive this crisis and that a new sprint needs to be planned. You assign Tim a bunch of stories to code and ask for his estimate. Tim knows he can do them all in 12 days. But what will he tell you?

d)  24 days because he knows you will shamelessly haggle

e)  Tim refuses to tell you anything

Again b) is the most desirable answer but also the least probable.

The symptoms of this kind of management are easy to spot:

If you want reliable estimates, and if you are in the project management business I cannot imagine why you would not, you have to stop walking around the project room wielding an axe. You have to build an environment of trust with your team which starts with an open discussion on ground rules and values at the project beginning :

Understanding that people can sometimes be late on their tasks does not make you a spineless project manager. It’s just that you have a different set of rules which fosters transparency.

My big, personal  no-no is not ‘You are late‘, it is ‘You knew you were late and you did not tell me’.

So yes, I can be mad at people but not in an unreasonable, arbitrary way.

And that, Your Honour, makes me not an asshole1.